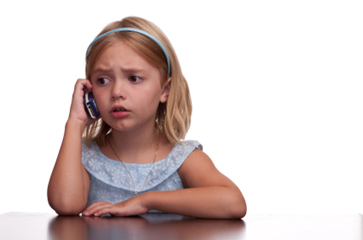 According to Osbourne, “Increasingly, kids are asking their parents to join apps that help them keep up with their friends. Right now, there aren’t many options for parents, so we’re working on building additional products – like we did with Messenger Kids – that are suitable for kids, managed by parents.” 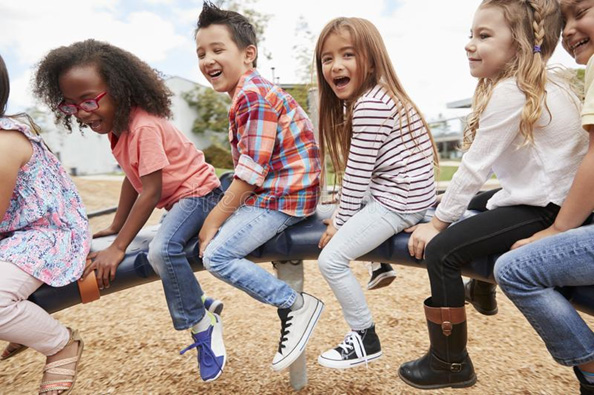 How Did We Get Here?

Gone are the days when dolls and trucks were the only real marketing carrots dangled in the faces of kids. Today, our children are seen by big business as miniature adults with purchasing power of their own. So, how did we get here? During the last few decades, the generations have experienced a huge growth in the development of technology. Baby Boomers (1945-1964) were in their teens to early 30’s when the first PCs appeared on the scene. They grew up pre-cell phones and pre-internet and learned how to use computers in high school or college and had no real bearing on their social world. They grew up playing with barbie dolls and boardgames, jacks and GI Joe. 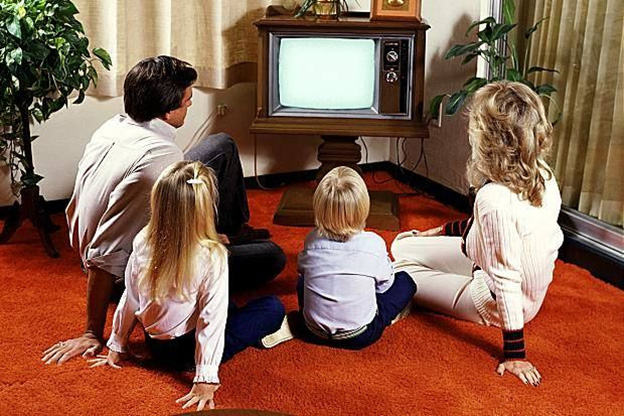 The technology of the day consisted of transistor radios, record players, rotary phones and tube TV. Their sole source of social interaction came from playing with friends on the school playground or hanging with kids in the neighborhood. When boomers were introduced to technology in the 60’s, it had little impact on their everyday lives. Print, tv and radio advertising were the media aimed at picking the pockets of this age sector. 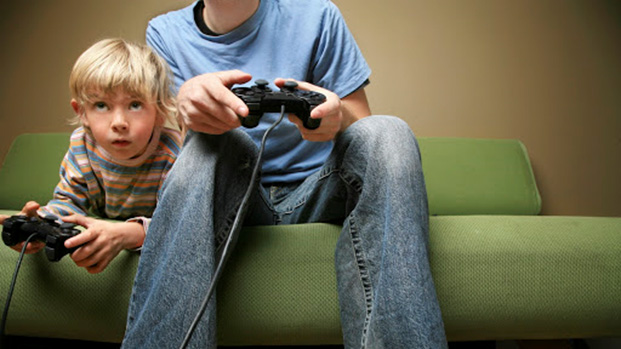 Then came the millennials (1979-2002), the children of the boomers. These kids were part of the first generation that came in from the cold. They chatted with their buddies on Instant Messenger via dial-up internet, communicated with friends on flip phones and played video games on Xbox and Gameboy. Gen X Kids, (2003- present) might as well be born with a smart phone physically attached to their hands. These devices, their digital window to the world, serve to entertain, teach and, many times, babysit kids. 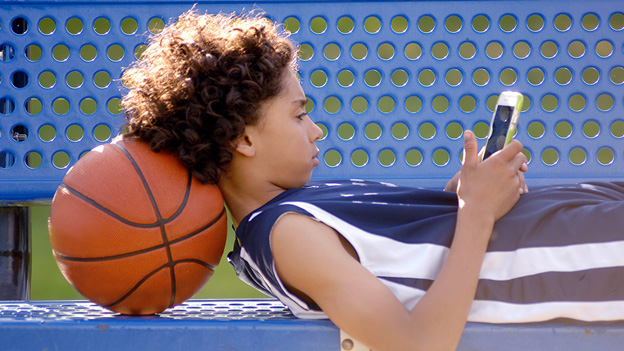 During times of Covid, these gadgets, many times, were the only contact they had with the outside world. Their entire world existed on 3 by 5” screen. So, what better time to jump on the monetization band-wagon of our kids than 2021? While zooming with a teacher, a Nike ad will pop up and scream, “Buy me!” The make-up, clothing and jewelry industries have started targeting this vulnerable group like never before. Now the social media masters of the universe want to take advantage of this newly exposed market and create entire platforms aimed at them (and their parent’s pocketbooks!) 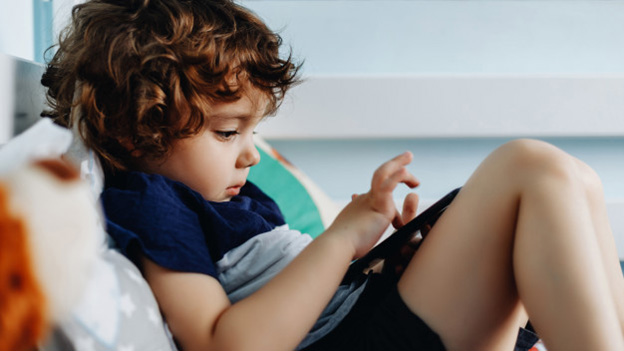 There have been an increasing number of social media platforms being developed exclusively for kids. Instagram Kids is just the latest attempt at monetizing our children.

The new app is being developed exclusively for users under the age of 13. In an internal company post obtained by BuzzFeed News, Instagram vice president of product, Vishal Shah, revealed, “I’m excited to announce that … we will be building a version of Instagram that allows people under the age of 13 to safely use Instagram for the first time.” 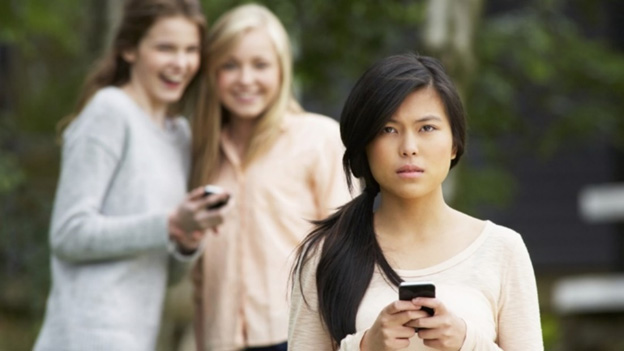 Like it or not, Social Media has an enormous presence in our children’s lives. Like anything else, there are benefits and risks associated with it.

There are many dangers involved with social media and kids/teens. Young girls are getting an unrealistic distortion of reality with apps like Instagram that features photos of what “beauty” looks like. The app’s focus on photo sharing makes this platform especially dangerous to children in their developmental years. They see an airbrushed Kardashian girl and believe that her perfect skin and body is what “perfection” looks like. Since they don’t look the same, (no real human being looks like that!) they develop issues like body dysmorphia, become depressed and some, even commit suicide when they start to feel inadequate. Cyberbullying is probably the most prevalent problem with today’s social media among youth. Research shows that when Facebook developed its own kid-version of the platform, the bullying rate amount teens, ages 12 -20. went up by 200%. Covid times have made matter worse. Pediatrics Professor at the University of Michigan school of medicine, Dr. Jenny Radesky, recently said, “I have heard countless stories from parents of elementary-aged school children about high-drama and problematic interactions happening over social media that kids weren’t developmentally ready for.”

She went on to emphasize, “An Instagram for kids is the last thing they need.”

Facebook is defending the development of the platform. Facebook spokeswoman, Stephanie Otway explained “We’ve just started exploring a version of Instagram for younger teens” She continued, “The reality is that kids are online. They want to connect with their family and friends, have fun, and learn and we want to help them do that in a way that’s safe and appropriate.”

Public health experts are urging Facebook to cancel its plans for this new version of the app.

Experts researching the subject fear an app with the reach of Instagram would put kids at great risk. Their fear is that Facebook isn’t prepared to introduce and oversee an app that could have such an enormous influence over this vulnerable population. 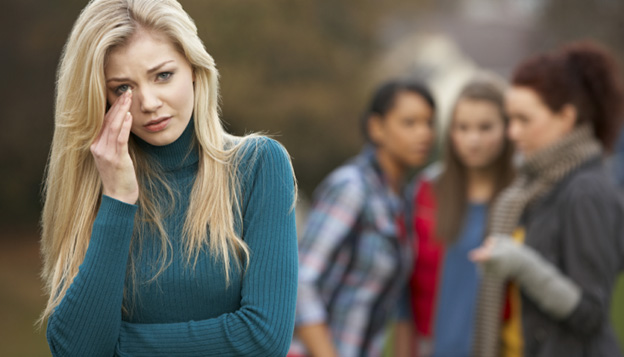 The company admitted it’s been experiencing some difficulty verifying users’ ages, so the under-13 crowd may very well be on the platform already. But the news comes to the distaste of many parents, one of whom simply said, “This is why Facebook sucks.”

Because we still have no idea what a kids’ version of Instagram will look like, much of this is hypothetical and remains to be seen. But, regardless of how they decide to make money from this platform (Afterall, why else would they be doing it?) it’s a sure bet there will be some sort of paid content on there, it’s just a matter of what or how it’s handled. 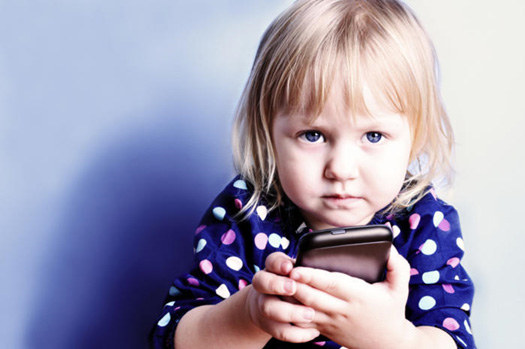 But, regardless of what advertising choices Facebook decides to provide to businesses, there is an ethical dilemma. Companies must decide how comfortable they are monetizing our kids. And they have to take into consideration how parents will react to their children being monetized.

How Are Parents Reacting? 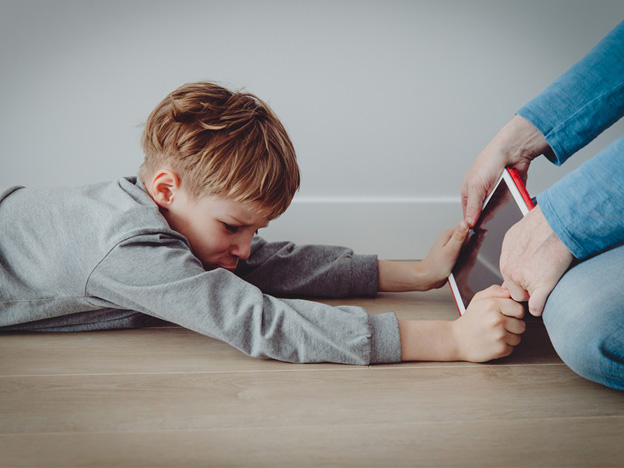 Parents are showing concern about this new platform. Sarah Shields, mother of 3 young girls (ages 5, 8 and 12), was recently interviewed on a popular podcast on the subject.

When asked what she thought about the new app aimed at her children’s age group, she responded, “Lately, I’ve been noticing a lot more trendy, inexpensive, fashion brands popping up in my feed. My 5 year old (her only phone-free child) uses my phone all the time to text family, play games and watch YouTube videos. I know those brands aren’t targeting my baby-boomer body, so I have to assume the algorithm is hitting my little one.”

She continued, “My 8 and 12 year-olds have both told me they use apps like Snap and Tik Tok almost every day. They say they’re innocently talking to their friends on (social media). But, truthfully, I don’t even know what those apps are!”

Surveys have shown that 65% of parents interviewed don’t monitor their kid’s social media activity. Only 20% knew their passwords and usernames. 80% said they had no idea what their kids do online.

“Honestly, until this interview,” Sarah admitted, “I never gave it a second thought. But now I’m starting to worry. It’s not so much the ads that worry me, but it’s the exposure to the social media stars like Khloe Kardashian and Kylie Jenner. They make girls think they must look like them to be beautiful. But they’re so fake! I don’t want my kids exposed to any more of that BS. And I don’t think we need any more platforms.” She went on to say, “BUT if they can really make one that’s just for kids (without those old-Lady influencers trying to look young, then I’d go for that.”

Though it’s still up to the parents to make buying decisions, in this digital era where kids could soon have access to their own credit cards, who knows what the future will look like? Imagine a place where teen girls can shop online and spend their parent’s money without their knowledge? That doesn’t sound like a far-fetched concept anymore.

Jane G., mother of 12 year old, harassed and cyberbullied over social media, shared her fears in a recent interview.

“My daughter was bullied online by her classmates during the pandemic. Because there was no one to protect her at school, she was forced to stay offline for six months. She had to attend zoom classes on my computer to avoid being harassed by these mean girls.” Jane explained.

“They were doing this over Snap Chat, an app that’s supposed to be for kids over the age of 13. My daughter was so distraught she had to be medicated. The last thing we need is another social media platform for kids!”

So, while we still don’t know if or when this kid’s version of Instagram will actually launch, it’s clear that child safety advocates and parents are not keen on the idea (to say the least.)

What Should Parents Do?

When the app does launch (inevitably) it remains to be seen how parents will be able to monitor their children’s activities on those platforms any better than they have in the past. There are several actions parents can take to protect their children.

Talk about it - Talking with your child is the best way to protect them from the risks of using social media and the internet in general. Discussing how they are being treated and how they are treating other people online is important. Explaining the risks of posting pictures and personal information is critical too. Parents should have a conversation about what they should do if anyone asks them for personal details, are mean or abusive towards them, posts embarrassing pictures or shares their private information.

Learn about it - Learning as much as possible about social media platforms and their functionality is crucial to better protect children. Adults like to joke that they don’t understand Tik Tok or Snap Chat, but if you have a child using these powerful platforms, it’s no joke. Learn all you can about how the different apps work and discuss it with your child.

Be firm about it - Many platforms have age restrictions, which are often unenforced. It can be tough to tell your child not to use a certain app when their friends are using it. Well, it’s like the adage, “would you jump off a bridge because your friend did?” Same premise here. Don’t give into your child’s pressure because they are being peer-pressured. Be the parent. 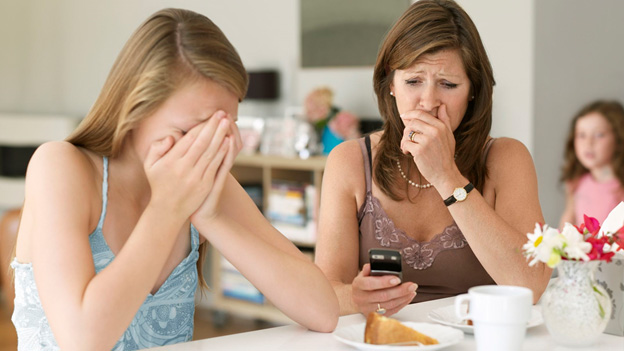 Children can’t do a lot of things before they reach a certain age. This is to protect them from the dangers of many adult activities. They can’t drive a car until they’re 16 or 17 years old. Right? Parents normally teach their children to drive and state laws prohibit them from getting behind the wheel alone until they’re licensed. Once licensed, parents continue to monitor their child’s driving activities, setting limits on when and how much they drive. The watch them closely to protect them. Today, social media is driving the minds and bodies of children from the day they are born. High tech parental controls help, but the best monitoring device is YOU!

How to see who is stalking you on Instagram?